Joey Garfield is a director, writer, actor, and artist. He is a native of Chicago who also calls New York City his home. Joey caught the film bug as a young teen when he went to an open audition for a film entitled Ferris Bueller's Day Off and got the part! It was a small speaking role but one that would ultimately alter the trajectory of his life.

Moving to New York City after film school, Joey immersed himself in the street art, hip hop, sketch comedy, and improv scenes. He honed his skills documenting these emerging worlds on film and on paper as a contributing writer to Grand Royal, Stop Smiling, and Juxtapoz magazines. All of which contribute to a unique sense of humor and cinematic style present in all his work.

His rapport with actors, celebrities, and people, in general, has led to opportunities to direct some of the biggest names in the business, including but not limited to: Kevin Hart, Heidi Klum, Big Boi, Reggie Watts, Hannibal Burress, Geoff Mcfetridge, Run The Jewels, and The Most Interesting Man In The World. 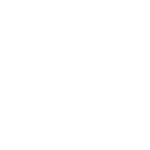