Benjamin Dickinson grew up in the midwest, moved to New York City to attend NYU’s undergraduate film program, and never left. He got his start directing music videos for artists such as Reggie Watts, LCD Soundsystem and Q-tip. He has directed commercials for companies like Ford, Google, and Ikea.

His acclaimed debut feature film FIRST WINTER premiered at the 2012 Tribeca Film Festival. His most recent feature, CREATIVE CONTROL, premiered at SXSW 2015 where it won a SPECIAL JURY PRIZE, and was released by Magnolia Pictures and Amazon Studios in March 2016. He lives in Clinton Hill, Brooklyn. 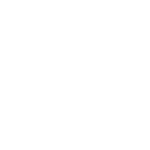 Ikea - "Anything for Sleep"